The Twin Spires, Lincoln’s Birthplace, and Mammoth Cave are all renowned sites of global significance: the most exciting 2-minutes in sports, the birthplace of the Great Emancipator, and the world’s longest cave system.  Add to this impressive list our own Green River- the globally significant crown jewel of Kentucky’s rivers.  The upper Green River is widely known as the most biologically significant river system in Kentucky.  It is nationally recognized among the top four river systems for rare, threatened or endangered fishes and mussels and is considered the most biologically rich branch of the Ohio River system.  It is a Biltmore of biodiveristy! 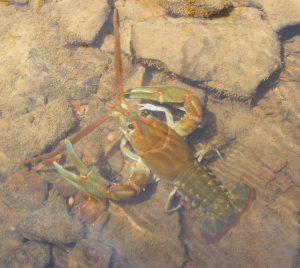 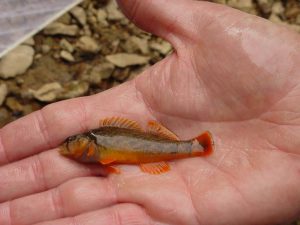 Photos: The orangefin darter (L) and bottlebrush crayfish (R) are endemics only found in the Green River drainage.  Both are relatively common and widespread where suitable habitat is found.

The entire Green River fish fauna is impressive at ~ 150 spp. equaling that of the mighty Ohio River and it has been recognized by the U.S. Fish and Wildlife Service as the most biologically rich branch of the Ohio. Around 110 fish species have been documented in a 100-mile section of the upper Green between Green River reservoir and Mammoth Cave National Park.    The Green is also home to ~ 70 spp. of freshwater mussels, or about 70% of the states total mussel fauna.  Many of these are rare, threatened or endangered and 9 endangered mussel spp. have been documented in about a 3-mile stretch of the river within Western Kentucky University’s Green River Preserve in Hart County. 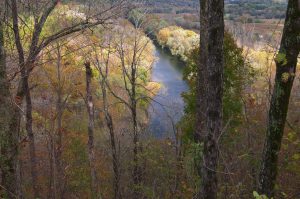 It is not uncommon to encounter 20-30 mussel spp. or more at numerous sites between Greensburg and Mammoth Cave National Park.  Add to this numerous other rare or endemic invertebrates and a unique cave fauna and you begin to the get the “crown jewel” picture!

This is particularly impressive from a landscape perspective when compared to the species-rich Tennessee and Cumberland River drainages (the southeastern United States including Kentucky, Tennessee and Alabama is considered a global center for aquatic biodiversity in general).  The upper Green is contained within one physiographic region known as the Mississippian Plateau while its lower half travels through the Western Coal Field region before emptying into the Ohio River near Henderson, Kentucky (see below).  The Cumberland River below Cumberland Falls boasts over 160 fish species but is significantly longer than the Green and traverses through multiple physiographic regions before entering the Ohio River in western Kentucky.

Some Reasons for Green River’s Biodiversity

There are probably many reasons for the high rates of aquatic diversity in the Green River but here are a few.  This is a very old and relatively stable river system.  It was not influenced directly by the most recent geologic glaciation which has allowed many aquatic taxa to persist and diversify over time and the upper Green is a medium-sized river exhibiting moderate environmental variability which satisfies the life-history requirements of many species (see below left).   There is great local and regional habitat diversity which promotes multiple species being able to coexist over time.  Finally, the water quality of the Green River has been, on the whole, relatively good historically speaking.  Perhaps this is, in part, due to the retention of a largely rural and unindustrialized landscape of southcentral Kentucky. 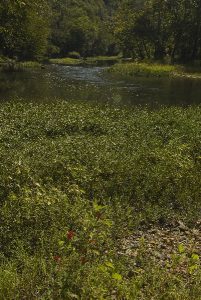 In spite of these qualities, the life in the river still faces challenges.  While the rural landscape has limited the stress of point-source industrial pollution, non-point pollution including sediment from agriculture and development has been of concern.  However, large-scale movement towards more sustainable agriculture and implementation of best management practices has helped to reduce this threat.  In addition, typical threats to aquatic ecology by the Green River Reservoir Dam (Campbellsville) and Lock and Dam 6 (Brownsville) have at least been lessened by a reoperation of the reservoir dam in 2002 to restore more natural flows and temperatures to the river and the removal of the navigation Lock and Dam 6 in 2017 which will restore additional habitat within Mammoth Cave National Park and better facilitate the movement of fish and wild life in the river. 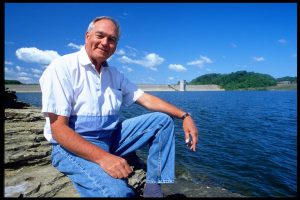 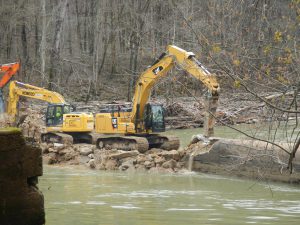